Is the blockchain concept new to you? Are you searching for an article that can explain this concept more thoroughly?

If yes, you’ve landed in the right place.

This guide will briefly explain the basics of blockchain games and how blockchain affects the traditional gaming industry. You’ll learn about the benefits and how players can earn money through blockchain gaming platforms by becoming mobile app developers for Web3.

Let’s dig deeper into the discussion.

How Are Blockchain & Cryptocurrencies Used In Gaming?

Blockchain, a decentralized and distributed ledger, facilitates users with safe and secure transactions and maintains records. It provides an updated gaming experience for players to buy in-game assets using NFTs and cryptocurrencies. Players can exchange these assets for real-life currency.

A digital currency known as cryptocurrency provides a secure and verified transaction using cryptography. The payments are made online without third-party intermediaries like banks and payment card companies. Players use cryptos to trade in-game assets like avatars, themes, etc., which also benefits them by earning game rewards.

Additionally, given the popularity of cryptocurrency and blockchain games, blockchain technology is being applied in the gaming sector in several ways, including:

Non-fungible tokens may be exchanged or used to pay for avatars, memes, movies, and other digital goods in blockchain games. NFTs provide players a means to genuinely own their digital assets.

You receive a cryptocurrency as a prize for participating in a cryptocurrency game that you can use in “the real world” instead of the game. The goal is to motivate players to keep playing by offering them a reward in bitcoin that they can use to purchase products and services in the real world.

Potential competitions and events are essential to the overall gaming industry. Virtual competitions have been held worldwide for decades, and managing teams, prize money, and event spaces requires a lot of resources.

Benefits Of Blockchain In The Gaming Industry

A digital asset that players win in a blockchain game becomes their own. Nobody can take it away from them even if the game is permanently discontinued. The problem is that players, not games, are connected to these assets.

Players commonly suffer buyer’s regret when playing conventional games. This occurs when gamers put time and money into a game, yet the game continually requests more. Players feel tricked since the game diminishes the value of their prior purchases in this way. Blockchain games do not have this issue. Additionally, players’ perceptions of the money they spend on such games vary.

Blockchain offers a method for storing game valuables after a player has a collection in the form of non-fungible tokens or NFT. These tokens, which have remarkable worth, stand for the resources or objects used in the games. NFTs have low transaction costs and are simple to handle, store, and sell in cryptocurrency.

An NFT could be an analog for a weapon, shield, character, or piece of art in the game, for example. The player can keep the item in a bitcoin wallet even if the entire game is lost.

The transactions done in conventional online games are probably not secure since they are hosted on centralized servers. The wallet contents may be taken, and the gaming accounts may be compromised. The most secure method of keeping priceless digital assets is integrated by blockchain engineers, lowering the likelihood of fraud and boosting security.

Users have more control over their game experience with blockchain gaming. This tendency has shown itself in various ways, including letting players design their characters, plots, and gameplay. With this, they may download multiple video games in different versions from anywhere without endangering their gaming experience.

One of these assets’ qualities that adds to their value is their rarity. A player, however, cannot determine the scarcity of a particular Kevlar plate of armor with the existing design. If these assets are created on a blockchain and issued, players may quickly check the overall number on the block ledger. As a result, trust increases, raising the value of the market.

Blockchain gaming could seem like a fun side hustle, but there are a few things to consider before you start. First, certain games have restrictions on accessibility. For instance, customers must acquire at least three Axies before they can start playing Axie Infinity, which may require a $300 initial commitment.

You also run the risk of losing some of your cryptocurrencies or tokens. For instance, fraud cost the creator of Hedgie more than $1 million in NFTs, while Axie Infinity’s Ronin blockchain was compromised for more than $600 million.

Because blockchain players are exempt from various financial rules, like anti-money-laundering laws, fraud may be more prevalent in games than in the bitcoin trade.

Finally, regular market changes might result in losses for the players. However, some games’ restrictions increase the chance that players won’t be able to make withdrawals in time to reduce their losses.

An overview of some of the most well-known blockchain games is provided here.

Players of Axie Infinity amass Axies, NFTs may utilize in combat with other players. The Smooth Tincture that players get after a victory in combat may exchange for Axie Infinity Shard tokens.

Decentraland allows users to purchase in-game land and develop anything to create a three-dimensional universe. Players may build various games, start businesses, and more on their property. Users of Decentraland must own Ethereum and be able to buy MANA.

In the science fiction game Alien Worlds, players upgrade as they go by capturing alien NFTs. Players can use the TLM tokens to trade NFTs, triumph in fights, or finish objectives. Players will require land, TLM, and mining equipment to start.

Discussing the Future of Blockchain Gaming on Mobile

Blockchain gaming is still new; we don’t fully comprehend it yet. But most mobile gaming professionals concur that blockchain games are the sector’s future. However, very few people have the courage to forecast the details of this future.

According to the CEO of Quantum Economics, Crypto is the future of gaming. The things we buy in-game will have worth in the real world, and the games we play will resemble the real world more. So, if you want to gain from blockchain in the future, you must invest in it today.

We may also anticipate seeing more web3 game development company and features, such as quicker and more secure transactions.

With this post, you should now better understand what blockchain gaming is all about. Have any questions, suggestions, or comments? Please feel free to remark below!

What Are Mass Gainers? Why and How to Consume Them?

If Custom Boxes Are So Terrible, Why Don't Statistics Show It? 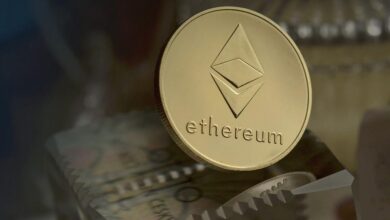 Why is Ethereum One of the Most Sought-After Cryptocurrencies? 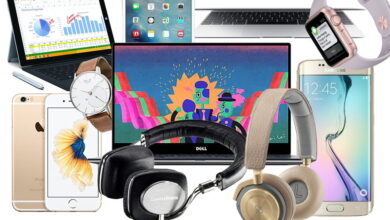 ESSENTIAL GADGETS THAT COULD CHANGE YOUR LIFE 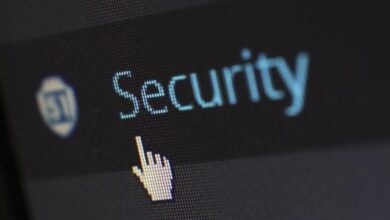 10 Must-Know Facts to Know About CyberSecurity 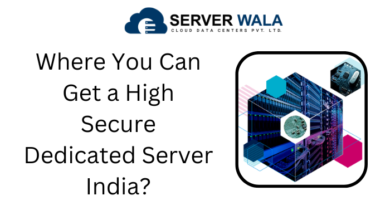 Where You Can Get a High Secure Dedicated Server India?