The Logic Pro software suite is an audio workstation and MIDI sequencer. C-Lab, a German software developer, created it. Later, it was acquired by Apple and renamed Logic. The software can record instruments and vocals on separate tracks and has over five thousand instrument and effect patches. It also features over one thousand sampled instruments.

Logic Pro is a multitrack recorder.

Logic Pro comes with a metronome, which can help musicians play in time. The metronome is turned on or off using the Metronome button on the control bar. It can also play a predefined count-in before recording. Once you’ve chosen a measure, you can start recording by clicking the Record button on the control bar or pressing R. Once you’ve done this, a new audio region will appear on each record-enabled track

Logic Pro is a multitrack recorder. Multitrack recording is a great way to record multiple instruments. Recording numerous audio tracks is easy. First, you need to assign separate mikes to each musician. Next, create eight mono audio tracks and order them from one to eight. Input one will be audio 1, and the other seven will be identical.

In addition to multi-track recording, Logic has other features that make recording MIDI easier. In Logic X, the interface will display the MIDI input sources in the main Track window. You can also set a different input source for each recorded track. However, a MIDI interface won’t work in the record function unless all the input sources are set up correctly.

You can use sample-based sounds as well as synthesized ones. Moreover, Logic Pro provides easy access to instruments, drum kits, and effects. Another critical feature of Logic Pro is its ability to arrange multiple tracks in a single project. Its sequencing abilities also help you get the timing right.

Logic Pro’s Drummer is an excellent option for creating drum beats quickly. The program has a variety of pre-made drum patterns that you can easily add to a track. Its powerful tools help you make the right beat in seconds. Moreover, you can choose among the many drum profiles with different personalities and styles.

It allows users to record instruments and vocals on separate tracks.

If you’ve ever wanted to record vocals and instruments separately, you’ll be happy to hear that Logic Pro allows you to do so. While this is great news for musicians looking to mix vocals with instruments, it can be difficult for beginners to know how to set up the process. Luckily, there are some steps that you can take to make the process easier for you.

The first step in creating a track with Logic Pro is to choose a sound instrument. You can choose from several options to make your recording sound great. Now you can also use Apple’s software instruments. You can select the Electric Piano sound if you want to use a piano. Once you’ve chosen an agent, you can enable it to record. You can also try playing the keyboard to hear how it sounds. You can also access the Library in the top left corner. This icon looks like a file drawer and has an index searching facility.

Logic Pro includes a metronome to help you play in time.

You can turn off the metronome button on the track’s control bar if you don’t want to use it. This feature also allows you to set a predefined count-in before recording. Once you have selected your measure, you can click the Record button on the control bar or press R on your keyboard. You’ll then present yourself with a new audio region on the track.

The second step in the process is to record the vocals separately from the instruments. Logic Pro’s multi-track recording feature allows you to record vocals and instruments on separate tracks. By separating the two, you’ll be able to record more than one instrument at a time without the hassle of taking folders or multiple audio interfaces.

It has 5,900 instrument and effect patches.

Logic Pro may be your best bet if you’re a digital musician. This software allows you to record and mix audio from various sources. Besides offering 5,900 instrument and effect patches, the program also provides a comprehensive library that you can choose from to get started. These premade patches include a Logic software instrument, a compressor, an EQ, and half a dozen other plug-ins. Some patches also have been sent to auxes and other FX.

Logic’s Kontakt interface also has a dedicated drum and Key Editor buttons. It also offers an extensive library of single-cycle waveforms and an advanced graphical sonogram editor. Moreover, it supports chord tracks and features a built-in audio time-stretching algorithm. The interface is similar to that of a studio FX rack and sequencer. Logic has a comprehensive library of 5,900 instrument and effect patches that you can use to record any song.

The Patches feature in Logic Pro allows you to store and load the same instrument and effect multiple times. Patches can be saved as Auxes or packed into a Track Stack. Though these features may be handy, some people don’t want to keep their Instrument or effect settings.

The new version of Logic Pro has an extensive collection of instruments and effects, which means a wide range of musical possibilities. You can also use the powerful sample manipulation synthesizer and professional samples collection. There are also new features like a multitrack mixer, 64-bit summing engine, and Track Alternatives. Additionally, Logic Pro has improved its ties with iOS and enables you to make changes on the fly.

As an advanced user, it’s essential to keep track of presets. In Logic Pro, there are three levels of presets. Those used by the beginner will be in the first level of the UI, while those of the intermediate and advanced users will want to explore the advanced options.

Logic Pro is an incredibly powerful digital audio workstation with over 1,200 sampled instruments. In addition to many devices, Logic has a compelling audio interface. For instance, you can choose from the range of MIDI keyboards available and a wide variety of drum machines. If you’re a musician, Logic Pro’s countless instrument patches will help you create a wide variety of music.

Logic comes with an expansive library of over 1,200 sampled instruments and loops. These are all organized into different folders. You may wish to move specific mechanisms around to suit your needs, but remember to keep Compatibility and Legacy content in mind before you do.

Professional musicians also use Logic. Among its users are Owl City, Twenty-One Pilots, and Bassnectar. Even if you aren’t a musician, Logic is still an excellent tool for recording music. This tool is a great way to explore the world of electronic music.

You can also create your custom samples in Logic Pro.

You can use one-shot samples or save multiple ones in the library. Moreover, you can name each and assign it to any key on the MIDI keyboard. After you have imported the sample, you can use it in your productions by pressing the appropriate keys.

Thousands of free samples are available in the Sound Library. These samples are categorized as drums, percussion, instruments, sound effects, and soundscapes. It also offers a blog dedicated to music production. The sampled instruments in Soundcamp come in WAV and 16bit formats.

Logic Pro is a sampler and audio editor with more than 14,000 loops and instruments.

Its new Alchemy synth is a full-featured additive, the spectral, granular synth that competes with the $500 Spectrasonics Omnisphere 2. The Logic Pro software includes 5,900 instrument patches, 1,200 sampled instruments, and 14,750 loops.

You can also import single samples from your desktop or voice memo. You can even record directly into the microphone with the Quick Sampler. Developed from the Simpler plug-in from Ableton Live, Quick Sampler also has an Autosampler feature that helps you create a sampler instrument from hardware and audio.

Logic Pro includes a Live Loops module, a feature similar to the one found in GarageBand for iOS. Live Loops gives you a new way to create in Logic and provides a more freeform workflow. Live Loops enable you to stack audio clips of any kind, including loops from Apple’s library. These audio clips can include live guitar recordings, vocal parts, and more.

Step Sequencer has a variety of presets that are especially fun if you’re using melodic MIDI instruments. The new Pattern preset can also experiment with different modes and scales. You can also use the Alchemy preset with the Sequencer pattern and Remix FX. The Live Loops Grid View looks familiar to Ableton Live users.

The Sampler has many new features. A new waveform editor lets you select multiple samples to create virtual instruments. It also supports Drag and Drop workflows.

Some Innovative Steps You Can Use To Protect Your Business. 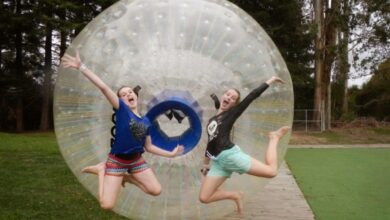 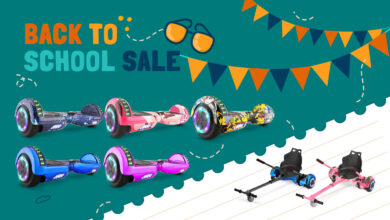 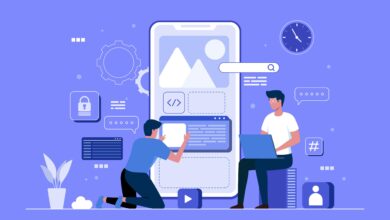